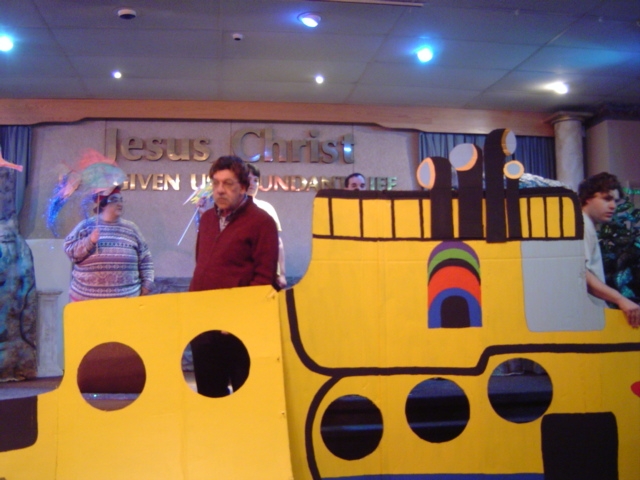 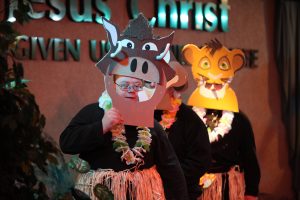 Saratoga Bridges’ Creative Expressions Players performed “Bridges to Broadway” on May 13 and May 20 to the delight of an enthusiastic crowd.  Held at the Abundant Life Church on the corner of Hutchins Road and Route 50 in Saratoga Springs, the actors are from several Saratoga Bridges programs.

Many thanks to  The Saratogian as their photographer, Erica Miller, posted these photos on their website! 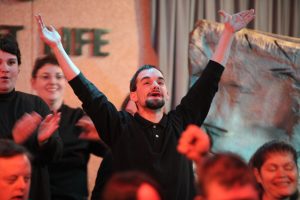 The mission of the Creative Expressions Players is to expand the participants’ knowledge of the arts and to create opportunities for them to gain confidence to perform on a stage.  The goal is encourage skill development such as listening, following directions, projecting their voice and learning songs and choreography.  The actor’s self-esteem grows with each rehearsal as many were originally intimidated and uncomfortable to even speak in front of their peers.  As a result, the group is enjoying the theatrical process and delights in the applause they receive! 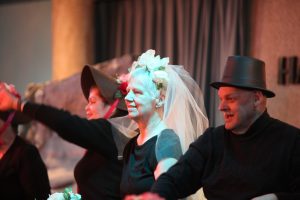