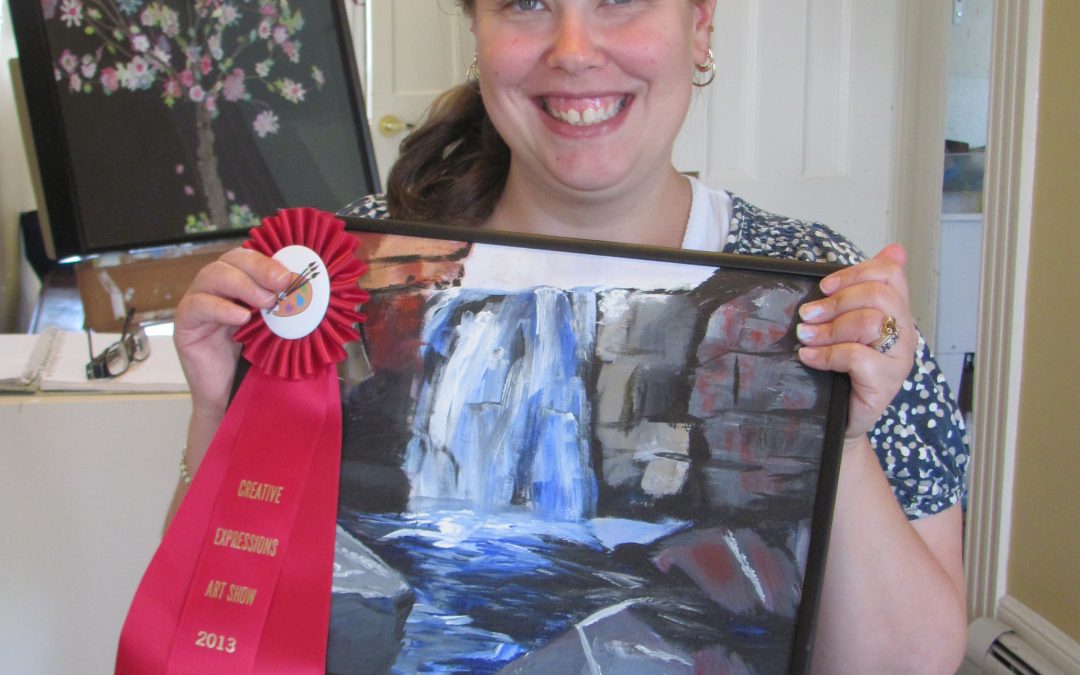 Garrett Schaff, Vicki Springer and Shannon Meers had their work included in the show ‘Creative Expressions’, which was organized by Liberty Through the Arts.  Held on June 28-29, it took place at the Century Club in Amsterdam. 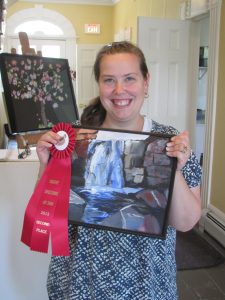 Congratulations to Shannon who won 2nd place for her painting (pictured above) “Spring Falls”.  She received $125 and a ribbon.  Garrett was awarded an honorable mention for his painting “Garden of Wicked Cool”.  He received $75 as well as a ribbon. Both artists were thrilled with the recognition, cash prizes and ribbons.  Everyone is very proud of their achievements.