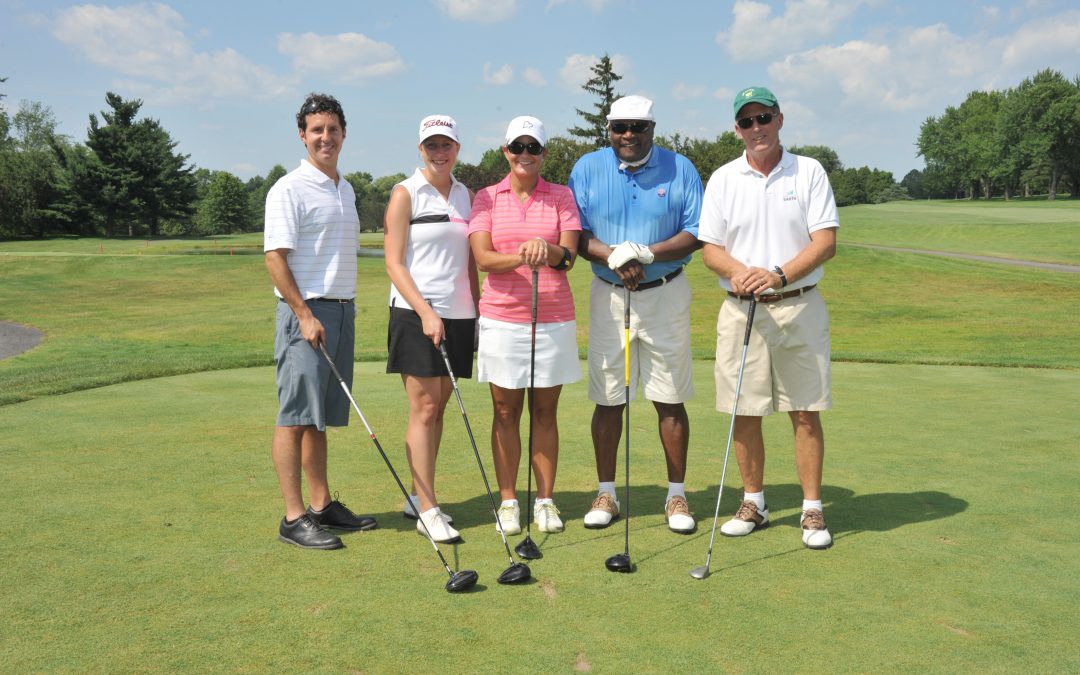 A record amount of $23,600 (NET) was raised at the 10th Annual J. Michael Fitzgibbon Memorial Golf Classic presented by Relph Benefit Advisors on Monday, July 15.   88 Golfers played at the beautifully designed Edison Club, a private golf course in Rexford NY, which included an 18-hole scramble, BBQ lunch, awards ceremony & dinner, complimentary beverages, goodie bags with a Saratoga Bridges polo shirt, raffles, and a silent auction.  A portion of the proceeds benefits the J. Michael Fitzgibbons Memorial Scholarship Fund in honor of Michael who was a Board Member that passed away unexpectedly in 2005.

Professional Golfer and loyal friend, Briana Vega, was one of our  special guests again this year.  A Pro since 2004, Briana qualified for the 2009 U.S. Women’s Open Championship and has won 4 other tournaments including The 2006 Big Break VI: Trump National series.  Andrew Catalon from WNYT News Channel 13 was the Master of Ceremonies at the Awards Ceremony and Bob Reed, former Minnesota Viking and committee member was on hand to greet guests.

Prizes were awarded to:

We received a lot of media coverage —

New this year was a Silent Auction featuring these items and the respective winners:

We are most grateful to the following 2013 Special Event, Tournament Sponsors and Golfers, for without their generosity the event would not be as successful: