For the 5th consecutive year, the Spratt family has made Saratoga Bridges the beneficiary of funds raised at the Annual Joyce Spratt Memorial Golf Outing. 88 Golfers played at the beautiful Brookhaven Golf Course (located in Porter Corners) on Saturday, September 26th and raised $4,000 (NET). 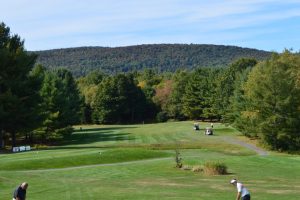 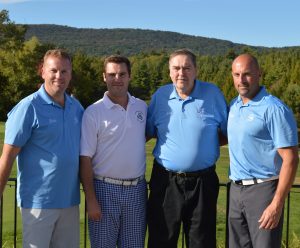 Joyce was a loving wife and mother of 4 boys and sadly passed away after a battle with cancer.  Her son Christopher, who is the President of Saratoga Bridges’ Foundation Board, explains why they chose to support Saratoga Bridges, “Losing her at the age of 46 from cancer was devastating for everyone whose life she touched.  This tournament celebrates her life and provides an opportunity for her friends and family to get together to laugh and have fun.  We have chosen to donate the proceeds from the past 5 years to Saratoga Bridges.  My brother Todd has a learning disability and because the organization has done so much for our family throughout the years, it was a natural choice.  We all know that she would be so proud that this money is being used to help other people with disabilities and their families.”

To date, this tournament has donated over $44,000 to local charities such as Saratoga Bridges and the American Cancer Society.  This is the second year that 50% of the funds will benefit our Family Support Services.  With a lead gift of $2,000 being applied to the agency’s Fall Campaign, these funds will provide much needed, under-funded programs and services for families of individuals with disabilities.  Kicking off in November of 2015, anyone interested in making a gift to the Saratoga Bridges Family Support Services Fall Campaign or finding out more can call 518.587.0723 ext. 1266. 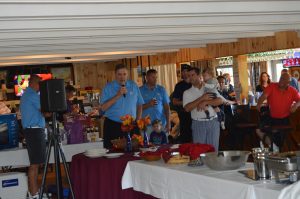 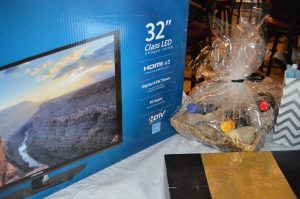 Interested businesses who want to be sponsors of any event Saratoga Bridges supports can contact Heather Varney at 518.587.0723 ext. 1266 or hvarney@saratogabridges.org for more information.