We are thrilled that our nominee, Robert (Bob) DeSio, will be honored at The Saratoga Adult and Senior Center 60th Diamond Anniversary Gala this Thursday, November 12th!  Bob was chosen, along with Sheila O’Connell and Joe Almeida, as “Saratoga’s Sensational Seniors.”  Bob was selected for being a true leader – going above and beyond what’s expected by contributing to the quality of life in Saratoga Springs. 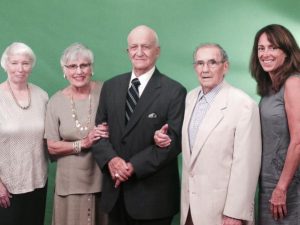 Bob DeSio retired 25 years ago from IBM and moved to Saratoga Springs. Since then, our ENTIRE community has benefited from his volunteer endeavors.  He said he began volunteering because IBM was a demanding corporation and his family came first for what little free time he had.  In Saratoga Springs, he was glad to have the opportunity to help others as well as he and his wife Patricia wanted to get to know their new community and neighbors. 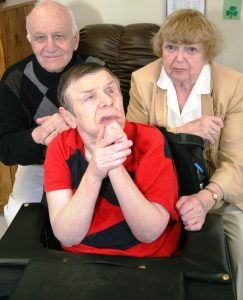 Certainly Saratoga Bridges did and still does benefit from our relationship with Bob.  He and Patricia became very active with our agency shortly after they arrived because they have a son has a developmental disability. Bob has stated that our organization is closest to his heart due to the wonderful, compassionate care his son receives.  He is presently on our Board of Directors, served as President from 1998-2002, was on our Foundation Board of Directors, served as President from 1999-2001, and is on our Honorary Advisory Board.   Bob has chaired our annual Membership Campaign as well as Nominating Committee for several years.

Bob continues to demonstrate a personal commitment to our mission as he is most generous with his time, expertise, experiences, knowledge, enthusiasm and financial support.  He and Patricia both have been fervent advocates and volunteers because of Peter and his peers.  They were instrumental in establishing a “Friends and Family” group as well as personally forming relationships with other family members, community leaders, businesses and staff.  Additionally, Bob has been involved in our fund raising events and was the Co-Chair for one of our Capital Campaigns.  More importantly, Bob has created partnerships within the community for us.  He has helped us in obtaining our goal of immersing our individuals in employment, volunteer and social activities.

Furthermore, Bob has and still represents Saratoga Bridges as one of our Board of Governors for NYSARC, Inc. — our state affiliation.  They have continuously recognized his talents, knowledge-base and wisdom.  In fact, Bob was requested to be on the Search Committee for NYSARC’s new Executive Director in 2014 and he is presently on these Board of Governors’ committees – Budget and Finance, Governance and the Metro Chapters Managed Care Board Committee.

Most importantly, Bob is an extremely valuable role model in our community and throughout the Capital District.  He is a remarkable example of an individual who has turned retirement into a full-time job by showing a personal commitment to innumerable other art, cultural and academic, human service agencies, and religious institutions.  Like Saratoga Bridges, many more people have been very fortunate to obtain his willingness to volunteer his time, expertise, support and resources.  Bob has proven to be a man of his word through his actions by making a concerted effort to make a difference.  He has said, “It’s very fulfilling. It gives you a feeling that you’re doing something.  You feel as though you’ve done something tangible and good.”

Because of all he has done, we nominated him for the Senior Services of the Capital District’s Third Age Achievement Awards in 2004.  Bob was one of 6 seniors over 60 years old who were recognized.  His impressive list of volunteer affiliations have included:

In conclusion, we believe Bob is remarkably humble.  He dedication to his family, to a healthy lifestyle and to his community is exceptional.  Certainly his strong sense of faith has provided him with the foundation to persevere throughout his life’s challenges.  His love of singing, which began in high school where he performed in many musicals, gives Bob a lot of joy.  He thoroughly enjoys being a Cantor and Choir Member at St. Peter’s Church where he leads the congregation in singing.

At 91 years young, Bob remains extremely energetic.  He can be seen on most days tooling around the area on his Vespa motor scooter.  Most definitely everyone who knows Bob will agree – he really is an inspiration to all and that age truly is a state of mind!