Since the early 1950’s, our grassroots advocacy is the foundation of our agency.  Our founding parents wanted to create a rightful place in society for their children, develop educational opportunities, increase physical, verbal, communication and daily living skills and promote better personal and social opportunities.  They realized their children deserved to have a fair chance to succeed in life.

As a result of their efforts, children with developmental disabilities were able to go to school, adults were moved out of institutions and people were employed in community positions.

Due to their grassroots action and those by NYSARC, New York led the United States in establishing the rights of children and adults with developmental disabilities.

Family members, friends, volunteers, staff and self advocates were unwilling to rest until they succeeded in making real change.  They realized that true progress was linked to the passage of key federal and state legislative mandates.  Thanks to their relentless, hardworking efforts, the people we serve are now able to conquer everyday challenges and achieve their dreams by working, learning, socializing, volunteering, recreating and leading full, productive lives.  Consequently, they are being accepted and integrated throughout their communities.

Currently the purpose of Legislative Advocacy is to provide, educate and inform family members, advocates, staff members and the community of impending local, state and federal legislative issues that affect the lives of individuals, families and the agency itself.  Our hope is to quickly disseminate information and raise awareness to all of our stakeholders.

Read about the end of 2016 Legislative Session Summary

Click on any of these — archived NYSARC “Politics as it Happens”

Critical bills before the Governor

Another Disallowance: Feds Want $23 million Back from NYS for Supported Employment

Right to out of State care, controversial school highlighted

Critical Bills Before The Legislature

Assemblyman Weisenberg will not seek re-election

Marc Brandt Comments on Meeting with the Justice Center

Governor Cuomo’s 2014 State of the State

More Commentary Against Budget Cuts: A Promise at Risk of Being Broken

News from around the nation

The Hill: Comments from former Clinton official on The Rehab Act, sheltered workshops and subminimum wage

Restoration and Reinvestment Act Gets Contentious

Budget Cuts Stay in the News

The Governor is dug in on the 6%

$200 million more in revenue according to consensus revenue estimate

Commissioner’s briefing – 6% across the board cuts for ALL OPWDD voluntary programs!

Furor over rate controversy may expand

Preliminary Budget highlights for services for people with developmental disabilities 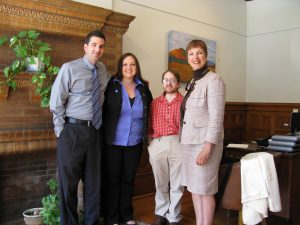 Take Action!  Visit the New York State Legislative Action Center to learn about and get involved with state and national inititives.  Start your journey here.