Proud to be a part of 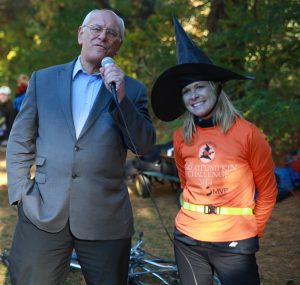 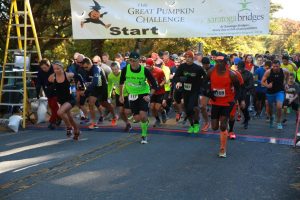 The event included the popular Kids Fun Run for children 12 & under, NET Chip Timing, Disposable Bibs/Chips, give-a-ways from their friends at MVP Health Care, homemade refreshments, pumpkin and costume contests and many raffle prizes.  It was also a part of the Saratoga Springs Centennial Celebration.  The Centennial Celebration committee presented certificates for official t-shirts from Impressions of Saratoga to the 19th and 15th finishers in both the 5&10K races.  The winners were: 10k – 19th Place: Brian Ciota from Saratoga Springs and 15th Place: Abigail Carnevale from Saratoga Springs 5k – 19th Place: Ryan Abatto from Clifton Park and 15th Place: Nicholas Lanzillo from Troy.  They had over 120 volunteers from Criminal Justice Students from BOCES, Quad Graphics, Saratoga Sponsor-A-Scholar and Saratoga Bridges staff, board members and friends.  Ainsley’s Angels and Saratoga Bridges’ own “Bridges Buddies” also finished the 5K, some of them for the very 1st time.

Our sincere appreciation to our
2015 Season Sponsors:

Special thanks to our
2015 Great Pumpkin Challenge Sponsors: