David Wickerham is elected as President and Rev. Richard Hoffman as a new Member to our Board of Directors 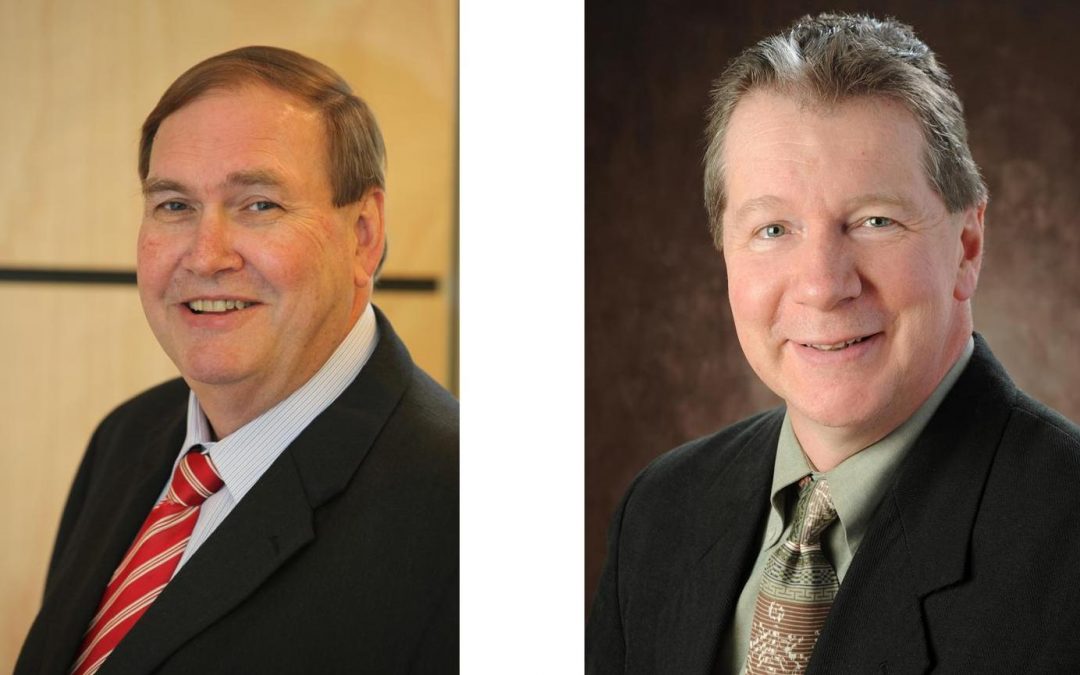 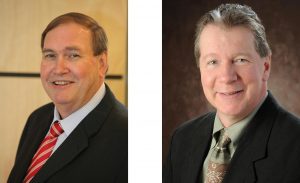 At our Annual Meeting on June 24, Saratoga Bridges elected David Wickerham as our new President and Rev. Richard Hoffman as a Member to our Board of Directors.  Rev. Hoffman joins a group of distinguished, dedicated individuals who are responsible for the following:

David’s former volunteer endeavors included serving on the Board of Directors of the Saratoga Economic Development Corporation, being a member of the Concerned Citizens for Saratoga Racing and the Saratoga Race Course Local Advisory Board.  He is a former Board Member of the Wilton Wildlife and Nature Preserve, Capital District Regional Planning Commission, Saratoga County Chamber of Commerce’s Leadership Saratoga, Saratoga Springs Zoning Board of Appeals, 1983 Saratoga Springs Charter Revision Commission, Saratoga Girls Biddy Basketball Recreation Program and Secretary of the Saratoga Springs Jaycees.  David, a long-time resident of Saratoga County, lives in the Town of Wilton with his wife Elizabeth and is the father of a son and daughter.

He says, “The staff and Board of Directors of Saratoga Bridges have been making a difference in the lives of disabled citizens for more than five decades. I am proud to be a part of that team and look forward to continuing our efforts during these challenging times.”

Since 1996, Rev. Richard E. Hoffman has been the Director of Pastoral Care Services at Saratoga Hospital and the Saratoga Hospital Nursing Home.  He was ordained in 1982 and has been a member of the Albany Presbytery of the Presbyterian Church (USA) in 1997.  Chaplain Hoffman has been in healthcare ministry since 1991, serving previously at Athens Regional Medical Center in Athens, GA and Duke University Medical Center in Durham, NC.  Prior to then, Chaplain Hoffman pastured two churches. He earned a Master of Divinity at Princeton Theological Seminary in Princeton, NJ and a Bachelor of Arts in International Studies at Miami University in Oxford, OH.  He is a Board Certified Chaplain in the Association of Professional Chaplains and has served as its’ New York State representative. Chaplain Hoffman was born in St. Louis, MO and spent his youth in Bogota, Colombia, Toledo, OH and Waterloo, Belgium.  He and his wife Robin live in Saratoga County.

Chaplain Hoffman says, “In my position at Saratoga Hospital, I have had the privilege of caring for the increasing number of patients with developmental disabilities who have been hospitalized with life-threatening conditions — including individuals served by Saratoga Bridges.  I am aware of the complexities that families and other decision-makers face when confronting end-of-life and ethical issues.  I hope to be a better advocate for them and their loved ones as they are cared for at Saratoga Hospital.  I also believe it is important for Saratoga Hospital and Saratoga Bridges to work together to navigate the health needs of people with developmental disabilities.  As someone who is deeply impacted by these individuals, I want to be part of that relationship and am vitally interested in ensuring there are the least burdens possible.

The Saratoga Business Journal featured them on the front page!