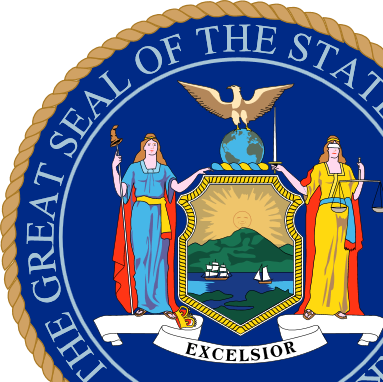 The New York State Senate, Assembly and the Governor came to a final 2014- 2015 state budget agreement late Friday night.  The Budget bills went to print and the Legislature is expected to pass the final budget today – the day before the beginning of the new state fiscal year.

The summary below was prepared by CP of NYS, DDAWNY, IAC, NYSARC and The Alliance regarding issues which were worked on collaboratively.  They want to thank our respective members, Affiliates, Chapters, agencies and especially the families they represent around New York State for their participation.  This appears to have been a very successful effort during a challenging period in the history of developmental disabilities services in New York State.

Also, we all would like to thank the Senate, Assembly and the Governor for a number of important budget initiatives and appreciate Senator Carlucci and Assemblymember Gunther for their leadership in a number of areas.  We particularly thank Assemblyman Harvey Weisenberg for his relentless championing of salary increases for direct service professionals.

We do want to express our gratitude to all of you who advocated on behalf of our staff members, individuals and families!

The following are some of the key components that affect our field:

The final budget includes a targeted 2% wage and fringe benefit increase for Direct Support Professionals beginning on January 1, 2015.  The Division of the Budget and legislative staff  have confirmed that the intent is to include an additional 2% increase beginning on April 1, 2015, which would also include clinicians.  If this holds, that would amount to a total of a 4% increase for Direct Support Professionals after April 1, 2015.

The increase applies to eligible employees of not-for-profit providers under the jurisdiction of the 6 State agencies, including OPWDD, authorized to receive the Human Services Cost of Living Adjustment (COLA).

The increase is intended to include both Medicaid and non-Medicaid funded staff.  Budget language suggests that this commitment will last at least through the duration of FY 15-16.

Accountability provisions require providers to be held accountable for using funds for their intended purposes by developing “a plan of implementation” and by submitting “a resolution ….. attesting that funding received  will be used solely” for direct support and clinical staff.  Commissioners can recoup funding not used as required. This initiative is subject to complex budget language and there remain some key unanswered questions which we hope to provide definitive answers to in the days ahead.

The plan is to be developed with input from stakeholders including individuals with developmental disabilities, advocates, parents, guardians and providers.   The plan is subject to the approval of CMS and shall be submitted to the Legislature within 180 days following such approval.

Employers will have to choose between this new tax credit and a previous tax credit which gives employers a tax credit of 30% of the first $6000.00 that was paid to an employee.  The new tax credit will be better for a number of reasons, including that it is available to employers who hire someone for only 8 hours per week, the upper limit on the credit is $5,000, whereas the old one had a cap of $2,100, and this credit is only for employers who hire workers with intellectual/developmental disabilities (the previous one covered other disability groups as well).

Provides  that no later than January 1, 2016 OPWDD will issue  report to the Governor, Senate and the Assembly making recommendations for the establishment of a  Direct Support Professional  (DSP) credentialing  pilot program.  The recommendations will be based on a study conducted by OPWDD and will consider: National and international models of DSP credentialing; Career ladders for both DSPs and supervisors; Current DSP salaries and training; Classroom and on-the-job requirements for current programs; Impact on operation of services, Ongoing and continuing professional education requirements; Fiscal impact of a credentialing pilot and Financial incentives for DSPs who complete the program.

Both the Senate and the Assembly One-House bills included language to provide reimbursement and have the fiscal agent process commercial insurance claims.  Unfortunately, the final budget agreement does not include any of the fiscal agent provisions but does provide funding to reimburse for commercial insurance claims from April through June of 2013 that have not yet been paid.

Additionally, Early Intervention is included in the 2006 COLA provision which include a 2% increase for clinicians’ salaries and benefits effective 4-1-15.   Therefore, it appears that Early Intervention providers will get a 2% increase effective 4-1-15 but as with the DSP increase above, this initiative is subject to complex budget language and there remain some key unanswered questions which we hope to provide definitive answers to in the days ahead.

Thank you again for advocating on our behalf!